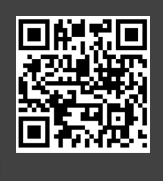 Page view
After entering this year, various enterprises began to adjust their strategic layout and shifted to high-end market and LED market segment. Among them, with the rapid growth of commercial lighting and industrial lighting demand, the demand for COB products with excellent light efficiency performance also grows rapidly, and has become a hot pastry in the LED industry.
According to GGII, COB will account for about 15% of the output value of LED lighting packaging by 2017, and it has a large market in commercial lighting field. After nearly six years of development, COB has more and more prominent advantages.
Of course, the larger the market space is, the greater the competition will be, and the SMD device similar to the threat of price war, so COB from the price war will be far away? Let's see what the COB manufacturer says.
Material price rises, COB price falls hard
I believe you have also noticed that in the last two years, most packaging companies have flocked to the market, coupled with the continuous drop in patch prices, resulting in a rapid decline in COB prices. However, these are the law of market development.
Dr. Shao pengrui, technical director of jingtai co., LTD., believes that since 2016, the whole LED market has been developing in a good direction. With the rapid growth of LED lighting market penetration, COB market development will gradually become more rational.
In fact, not only COB, now all kinds of LED devices do not have much room for price reduction, or are selling at a small profit, or even some enterprises in the loss of sales. "On this premise, COB prices will not fall as sharply as they did in the previous two years," predicts Yin hui, vice President of shengpu optoelectronics.
Wang mengyuan, general manager of zhonghao optronics, also said, "COB prices in packaging market have hit bottom at present. As major raw material manufacturers are gradually adjusting their prices, the downward trend of COB prices has slowed down in the third quarter."
In fact, since 2010, COB has gradually become a new demand point in the market. Up to now, the price of COB has been falling for six consecutive years, from a few yuan per watt at the beginning to a few cents per watt now.
According to song dong, vice President of jingke electronics, in common COB light source products, the proportion of the price of each part is in order of chip, gold wire, glue and bracket, among which chip accounts for more than 50% of the cost of light source, and some even close to 70%. So, COB price drops rapidly, depend on chip price to drop greatly.
After two years of aggressive pricing, the COB market has become more rational this year, with chips, phosphors, glues and other accessories at a relatively low price. Next, COB's price reduction space has been very limited.
Indeed, this year's market reversal, LED industry "price wind" one after another, chip, packaging, display screen, raw materials and other prices have risen.
In response, wang gaoyang, deputy general manager of hongli optronics, said, "because the price of upstream raw materials has not much room for decline, so the COB price will not change significantly in a short time."
Manufacturer competition is intense, market segment becomes hair force key point
The market has always been very cruel. The price war that constantly refreshes the bottom line has led to the withdrawal of many packaging factories. As packaging raw materials are facing the trend of price increase, the trend of COB price decline will also be slowed down.
"Due to the fierce competition in the market, the packaging manufacturers will focus on the market segments to maintain the gross margin," wang said.
According to the current market situation, COB prices will continue to decline in the next few years, but the space for COB price reduction in the future is very limited. In song dong's opinion, "COB profit is getting thinner and thinner, which will force enterprises to improve technology, generate performance premium, or form a new value system. Flip COB with smaller light source and higher light efficiency will become the next market trend."
However, in the volume production of flip COB, most manufacturers hold a wait-and-see attitude. Song dong analysis, mainly because the current flip COB supply chain is not mature, domestic enterprises are more samples, the defect rate is high, temporarily unable to mass production. At the same time, the size is not uniform, processing needs, customer needs are not the same, but also lead to the market volume production difficulty.
As we all know, COB has a natural advantage, namely good light quality. It has a greater advantage in the control of light and color quality in optical design effect, but the industry often ignores this advantage and is limited to the index of light efficiency and energy saving
Wang Gaoyang said, "now the COB light source technology is more and more mature, the market is more intense demand for COB light, packaging manufacturers no longer stay on technology to solve the early stage, to the pursuit of high quality, high efficiency COB price stage, the flipchip bonded with high performance high quality performance without gold line encapsulation technology has also become the new direction for COB light."